A place of tales eternally retold 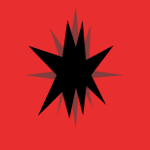 Dragon Magic:
Dragon magic is primarily internal. This could account for their defenses as well as their breath. This means it is theoretically possible for a unicorn to cancel out a dragon’s breath, depending on how strong that unicorn is as well as how strong that dragon is. Also a dragon’s breath is able to teleport anything flammable via burning it, however the dragon has to specifically want to teleport said item, and determine its location. Everything that a dragon burns isn't teleported it must be willingly activate. Dragon’s of greater strength in magic are able to animate their breath, with the possibility of creating beings with it. In general Dragon magic is transmutational in nature

Buffalo Shamanism:
The power that buffalos use can not truly be defined as magic, due to its more strict usage and the prerequisites necessary for its use. It is however undeniably power that can match that of great unicorns or even the technology of the griffons when these conditions are met.

While unlike other magic users, buffalo do not use the innate energy that is held within them. Instead those able to, typically called Shamans, manipulate the energies around them, given off by the movement and actions of others. Shamans are able to focus this given off energy into their horns to cause a change in either themselves or the environment around them. While witnesses of a buffalo Shaman’s Communion are rare; The stories that have been described as to the effects it has produced range from a shaman simply causing a tree sprout growing at a much hastened rate, to that of a large stampede led by a shaman, making a flat trail for them...quite literally through the hills they passed, as if asking the hills to lay flat for them, before the earth returning to its original shape.

Equestrian Magic:
Equestrian magic pervades every pony in some way or another, from the cutie mark's appearance, earth ponies connection to the land, pegasus ability to manipulate clouds and the seemingly endless types of magic a unicorn can control. Everypony has some form of magic infused through themselves. Though their magic and how it manifests is heavily tied to a pony's cutie mark.

Zebra alchemy:
Zebra alchemy is different compared to any sort of magic, it relies heavily on the brewing of specific ingredients, the potions that they brew primarily rely on increasing a user’s physical or mental properties, such as strength, speed, mental capacity, however, zebra alchemy can be used to have the opposite effect, such potions are able to decrease one’s strength, paralyze the afflicted, and cause illusions. Due to these effects, alchemy is a very difficult method of magic and as such methods are needed to make sure the brewer doesn't mess up. To do this, incantations are used to focus the mind yielding a great degree of attention to detail. Zebras studying alchemy typically learn quickly how dangerous their art can be, that a single mistake can yield disastrous or even explosive results.
Top
Post Reply
1 post • Page 1 of 1

Users browsing this forum: No registered users and 1 guest